Since 1902, O’Shea Builders has followed “The O’Shea Way,” a relentless pursuit of doing things right. Now as a leading commercial construction solutions provider in Illinois, they continue to follow this motto in everything they do, from the craftsmanship they exhibit to the way they treat their employees.

When Tess Fyalka, O’Shea’s Director of Employee Development and Engagement, first joined the organization, she realized one thing very quickly. The company was growing rapidly and opening new branches in different locations, which would make it more difficult to emphasize the tenets of the O’Shea Way. As Fyalka explained, “Although we’ve always been able to maintain a high level of quality, we wanted to ensure we would be able to continue replicating the systems and processes that got us where we are.”

With full support from leadership, she began developing full-scale programs to help O’Shea employees learn, develop, and grow. Fyalka sought to create a program that would not only provide the necessary new hire training across the first few months, but also empower employees to take charge of their career development paths.

However, the type of program she envisioned simply wasn’t possible with the resources she possessed. She turned to software to reach her goals.

The Answer: Chronus Software for Onboarding

Fyalka began looking at onboarding software to help her start, manage, and measure an extended onboarding process. She said, “You need a formalized program, where employees really have to think about their goals and take ownership of them as well. It makes them a part of the process. Paper systems simply don’t do that. But with software, you can set up the template so employees receive email reminders, they can visit the portal, they can see their progress – it has so much more impact than a piece of paper that says, ‘You need to do X, Y, Z.’”

She began researching several different options but ultimately, she landed on Chronus. Fyalka said, “Chronus just seemed really easy to use. Easy to use, easy to customize. It’s sophisticated enough to provide the tool we need but not so complicated that it would take me forever to learn how to use it. Essentially, it just felt like it was the right size for our organization but would still allow us to grow with it.”

It was also critical for Fyalka that other companies enjoyed using the software as well. She explained, “I wanted to talk to other users, and while they all spoke highly of it, one person in particular just really liked it. In fact, he said to me, ‘It sounds like I work for Chronus but I don’t – I’m just really that happy with it. Chronus support is truly support. They respond to you and do their best to help you.’ I’ve definitely found that to be the case.”

When it came to implementation, Fyalka had a very clear vision for what she wanted and Chronus helped her develop a full-fledged program. She said, “Oh, it was fabulous that we could create templates and then I could tweak them and use them for other purposes. I really appreciated the flexibility. And my customer support manager was fantastic to work with.”

For a Two-Part Onboarding Program, One Simple Solution

Fyalka uses Chronus software to power a complete, two-part onboarding process. The first portion of the program is a traditional onboarding scenario. Fyalka takes new hires and guides them through the program and seeks candid feedback as to what’s working for each individual. As she explained, “Some people are very comfortable with webinars, but there are others who really want one-on-one training.” The new hires are scheduled to visit with trainers in a specific sequence which includes basic HR meetings, orientations, and meetings with trainers to work them through key systems such as tracking job costs. In addition, Fyalka uses Chronus software to embed documents like the employee handbook, forms, procedures, and personality assessments in one easily accessible place.

After completing the initial onboarding program, new hires begin what the O’Shea Builders company calls “Player Development.” Currently being implemented across the company, Player Development is a targeted, career development program. After Fyalka assigns a manager to each employee (called coaches and players, respectively), employees establish specific development goals for themselves that will help them grow as professionals as well as goals that are consistent with organizational objectives. They then meet with their managers to ensure continual progress.

Flexible software, with the ability to individualize development plans for each employee, is key to the success of this growing program. There are a few key features that Fyalka appreciates:

With 100% of users reporting satisfaction and 83% of users reporting “Very Satisfied,” the onboarding and career development programs may be fairly new at O’Shea Builders but they’re popular across the company, As Fyalka says, “Employees like using it. It’s interesting because even the people I thought might not care for the structure of it enjoy it just as much as the other employees. And even those who were hesitant about the programs are fully on board now. It’s just a huge victory for us.”

Fyalka plans to expand this program to the rest of the company to aid O’Shea Builders in maintaining its reputation for excellence, performance, and integrity. 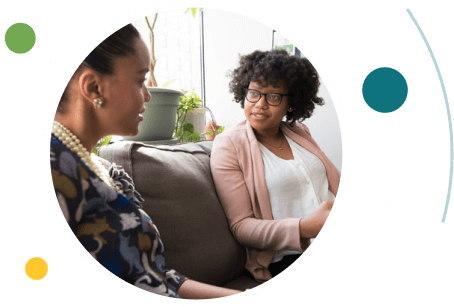 Get mentoring resources straight to your inbox.
Subscribe today!

Thank you for subscribing!